The Beauty of White Face Makeup

Few people will deny the allure of a Geisha's painted face. The pure white contrasted with the blood red is iconic. What is fascinating is that that simple contrast of white face and red occurs in many cultural areas. In this blog post, I'll introduce you to two styles that use white face and discuss the products I use to create the same looks.

Shironuri literally translates as "painted in white" . It's made a resurgence on the streets of Japan lately with a variety of interpretations. Some versions are very soft and ethereal, while others are very dark and gothic. The consistent thread across all  the styles is the pure white face makeup.  The makeup looks like a mask and generally stops at the neck. The intent seems to be to make the costumer look like a fantasy character. 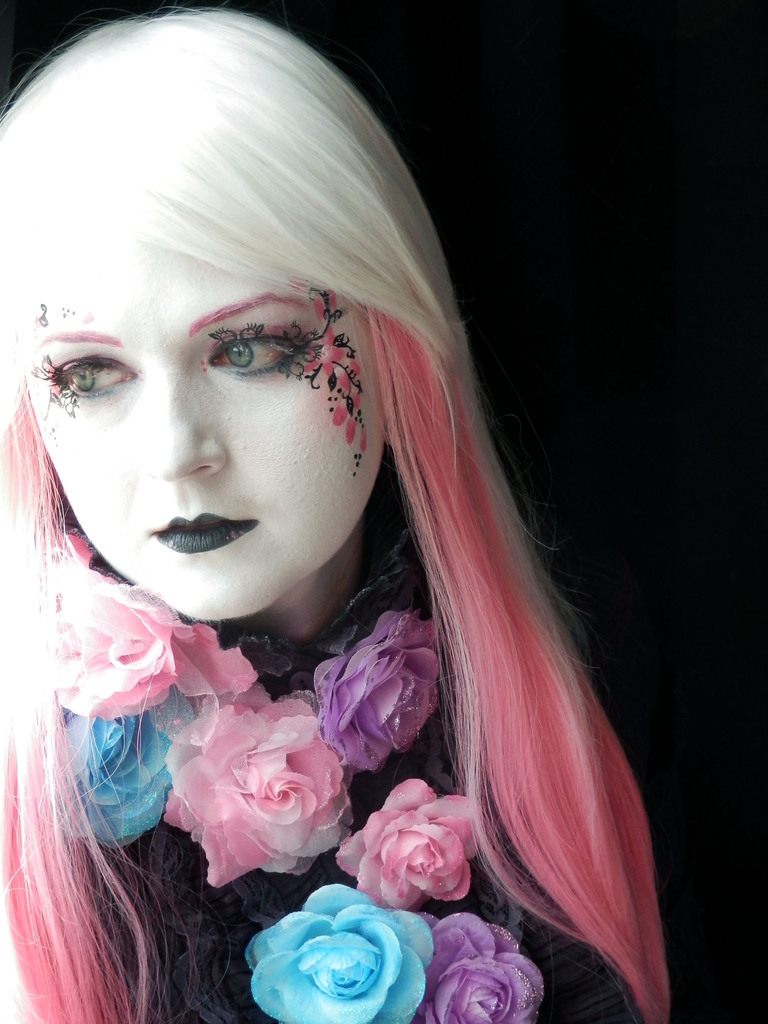 Watch a video of the amazing variety of shironuri faces and styles in this White Face Monster party video http://www.youtube.com/watch?v=THKMxEIkPVU

Many Americans have irrational fears of clowns. Much of this seems to stem from careless media emphasizing evil clowns, murderous clowns and the scary things of a character in face paint. This is an unfortunate state and clowning in the US looks totally different than clowning in other countries due to this. The rainbow afro evil jester clown is a US creation of what we think clowns are. In Mexico and many other latin areas, the clown is called payaso (male) or payasita (female). The payasita embraces the light playful side of clowning. Their faces are painted to make them look more happy, more empathetic. Their costumes are closer to fairy kei lolita styles than American clown suits.

A payasita's white face is very improtant to the becoming of the character. In fact, most payasitas show NO skin at all. They wear white glove and body suits to cover any open areas. The illusion is that they are this otherworldly character, not a human dressed up as a character.  Geishas almost do the opposite, where they leave small strokes of skin revealed to remind their audience of their human fragility. 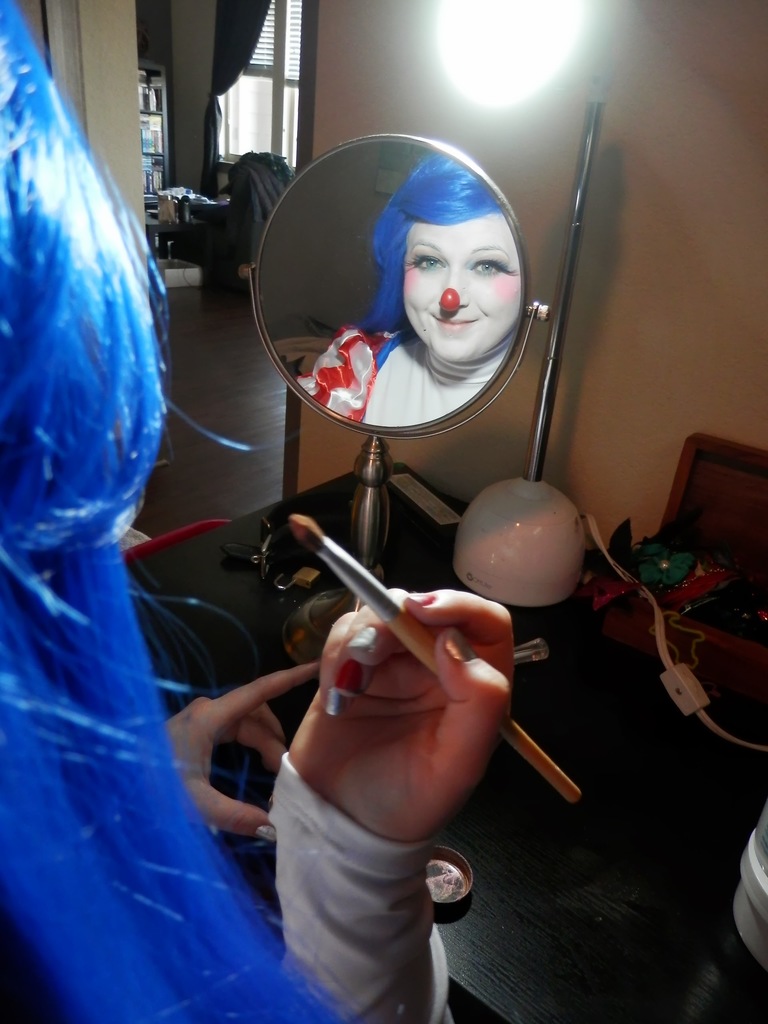 How do I create a white face?

Everyone has their own way of doing white face; so here's mine! 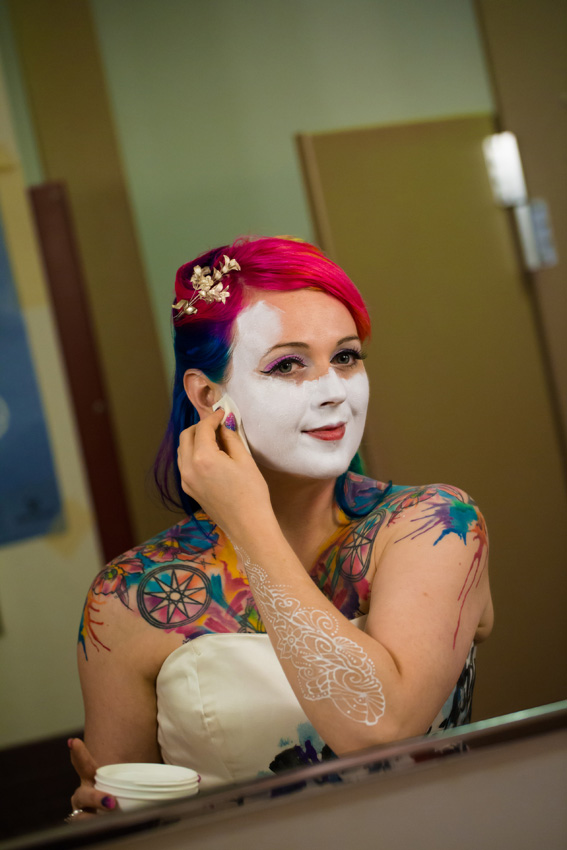 If you're on tumblr- check out this beautiful artist who combines shironuri with clown noses http://nyx-lys.tumblr.com/

Another excellent article on Shironuri and people who are doing it here.

About the Author: Painted Mistress

love the cherry blossoms and this look <3

Kleavondion8 is now a member of Glam Express
5 hours ago
Welcome Them!

Julia Jetson is now a member of Glam Express
Jul 7
Welcome Them!