So I decided to do a look and a pictorial for it :). I’m not exactly sure how easy it is to follow the pictorial or is it even meant to be duplicated but I hope some of you guys find it helpful or at least interesting :)!!

Here’s the look I did: 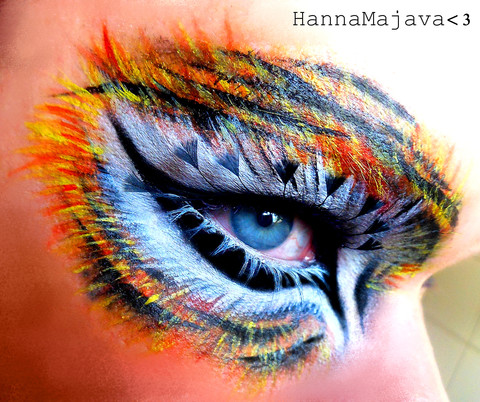 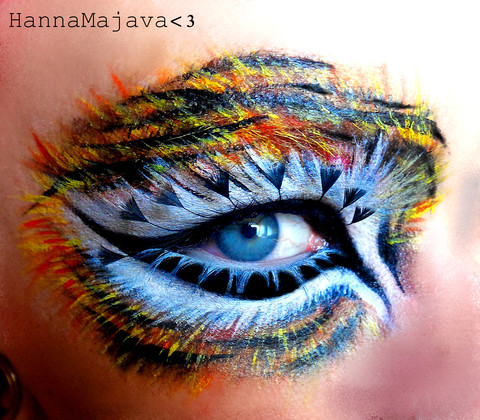 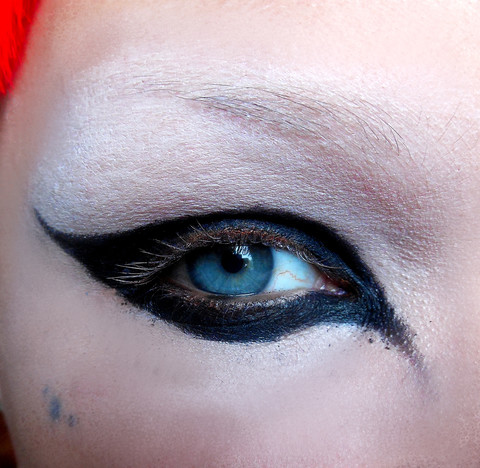 Start with a primer & a cat-like black shape on your eye. I used Lunatick Labs White Prime Time Primer & Crown Brush Smoke it Out Palette (the black). For all the parts of the look I used Fanatic Cosmetics brushes, they're really good for detailing everything :)! 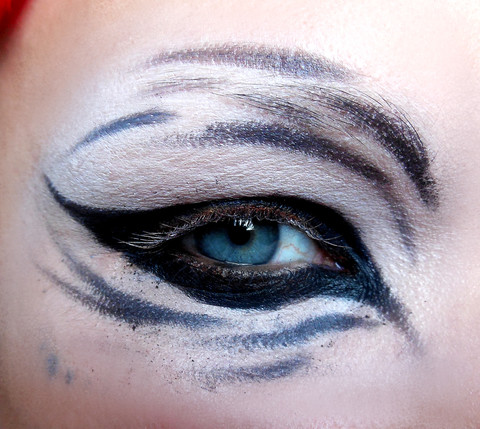 Sketch the tiger stripes with the black eyeshadow again. These don't have to be perfect, they'll be covered later :) 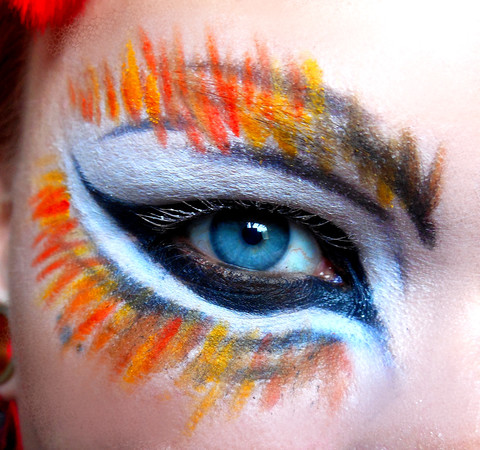 Start to sketch the "fur" with orange & yellow eyeshadows. I used Sugarpill ButterCupcake & Flamepoint :). Also used Sugarpill Tako where the white parts are around the black center :). Those whites will be white fur later too so you can sketch it that way if you like. 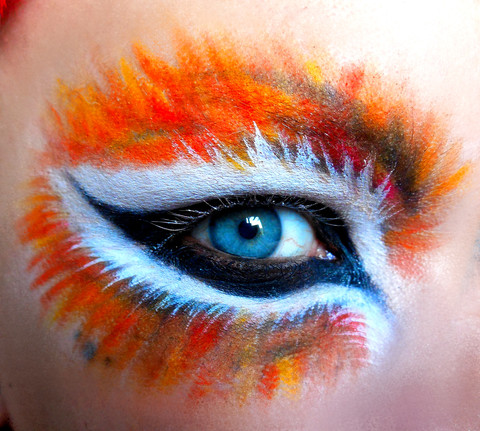 Then let's do some more fur :D! I used the same eyeshadows as before but with the white around the eye I used Ben Nye White Aqua Paint :). 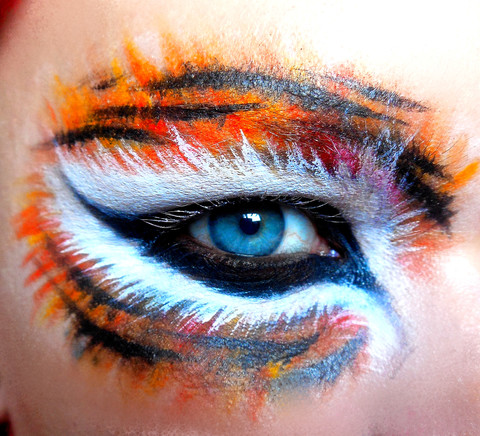 Then sketch the stripes again. They still don't have to be perfect 'cause they'll be covered :). I used Golden Rose liquid liner for this :). Then do some more fur again :)! I used Lime Crime Citreuse Uniliner & Sugarpill Flamepoint and Love+ with Illamasqua Sealing Gel :). 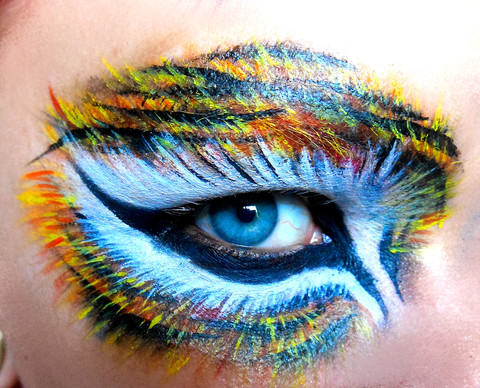 At this point I kind of defined the stripes more & put some fur all over the place :D still used Illamasqua Sealing Gel, Sugarpill ButterCupcake, Flamepoint & Lime Crime Citreuse liner with that Golden Rose liquid liner :). I also tried to define the black around my eye more with the same CrownBrush black :)

Put on more liquid liner around the eye to get a sharp catsy eye, some white (I used Sugarpill Tako) on your waterline, some false lashes & mascara and you're all done :). The lashes are: bottom: Sugarpill Precious painted white with that Ben Nye Aqua paint & top: Eldora S203

It’s not a look anyone would probably wear on any other occasion than Halloween but you can try it out and have fun :)!! Or I bet some kids would love it :D!

This makeup is beautiful, You inspired me <3

Playregalbest is now a member of Glam Express
Sunday
Welcome Them!