Today I have a look for you that's pretty dramatic but still neutral. I've been incorporating dramatic winged eyeliner or an eyeshadow-wing pretty much in all my makeup looks, lately, so this look is no exception.

Some of the Spring makeup trends include dramatic winged liner and gilded lids with a sparkly metallic effect. Today I'm going to show you how to incorporate both into this look! 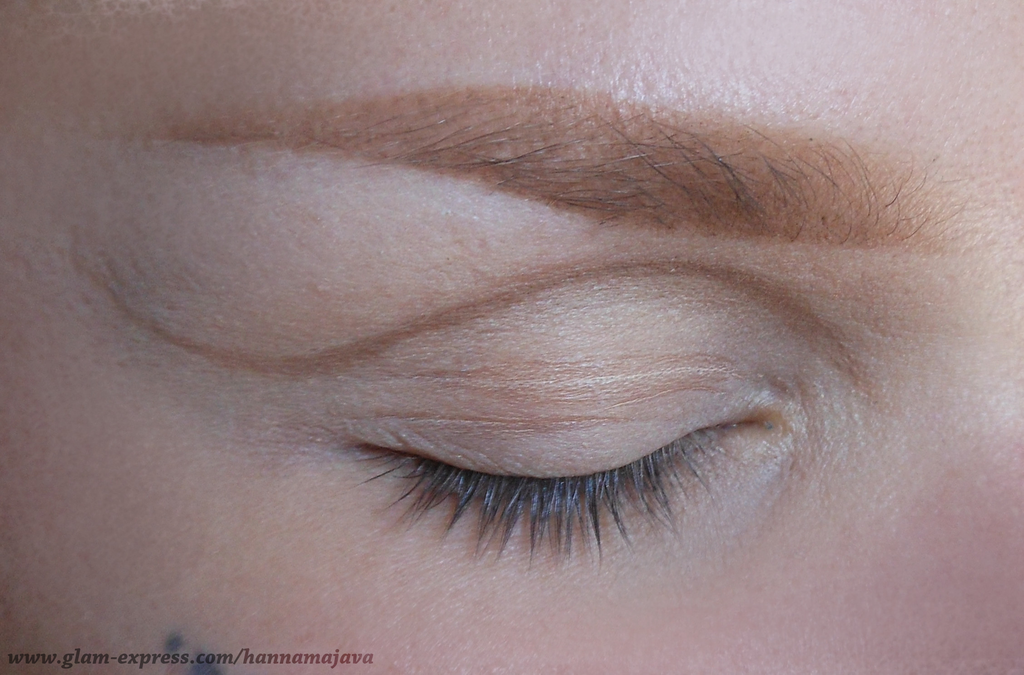 Step 1: Start with a primer and draw a line where you'd like to cut your crease. I used Urban Decay Primer Potion in Eden and Anastasia Beverly Hills Dipbrow in Blonde to draw the line. Any cream product, eyeshadow or eye pen will work fine. 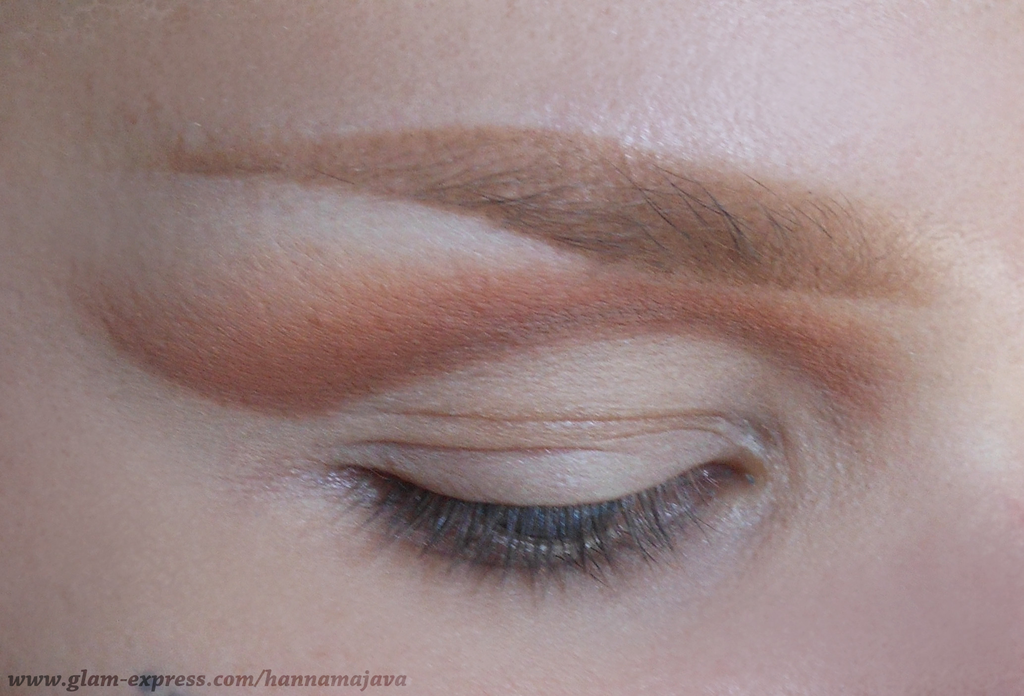 Step 2: Apply the eyeshadows you're going to use above the line, I used Makeup Geek Creme Brulee, Peach Smoothie and Vanilla Bean on the brow bone. 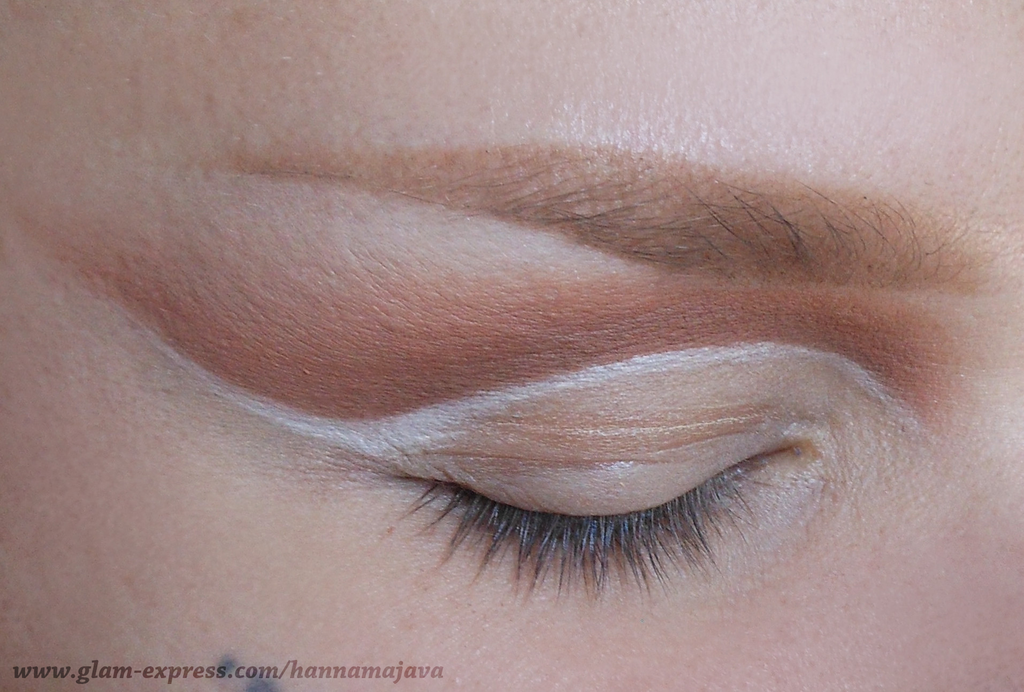 Step 3: Define the line with white, I used MUFE white flash color, but you can use a concealer or an eye pen if you don't have the flash palette. Step 4: Draw another line under the white one like in the pic above, this will be the eyeshadow wing. I used Anastasia Dipbrow, again. 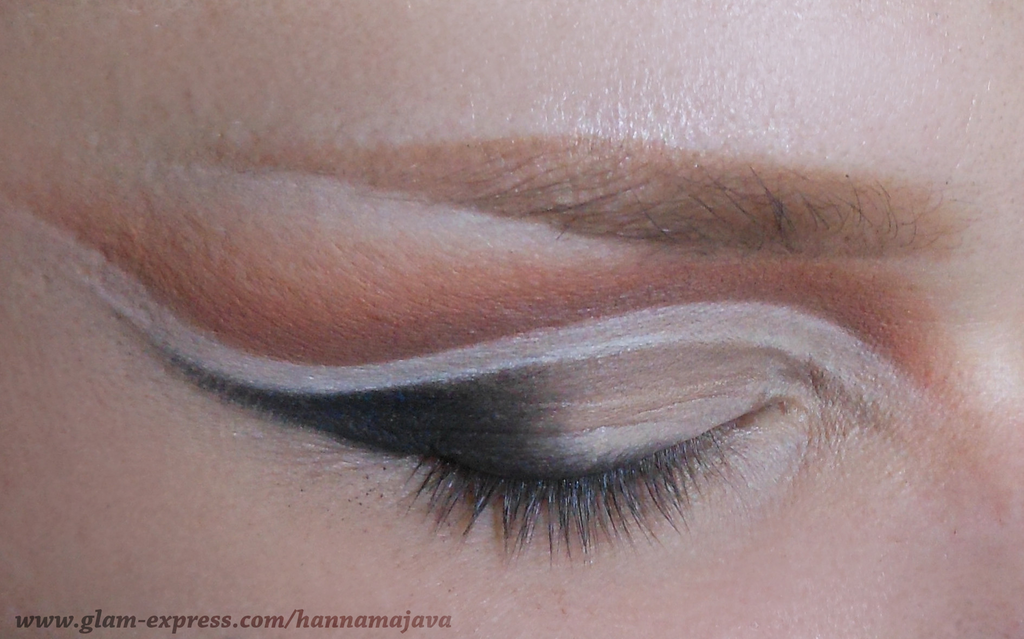 Step 5: Start filling the wing from the outer corner with black (or what ever colors you'd like) follow the line you made before as a guideline. I used Makeup Geek Corrupt. Step 6: Fill in the middle part with a glittery gold eyeshadow, you can go a little over the black so the shades blend together nicely. I used Makeup Geek Utopia pigment. 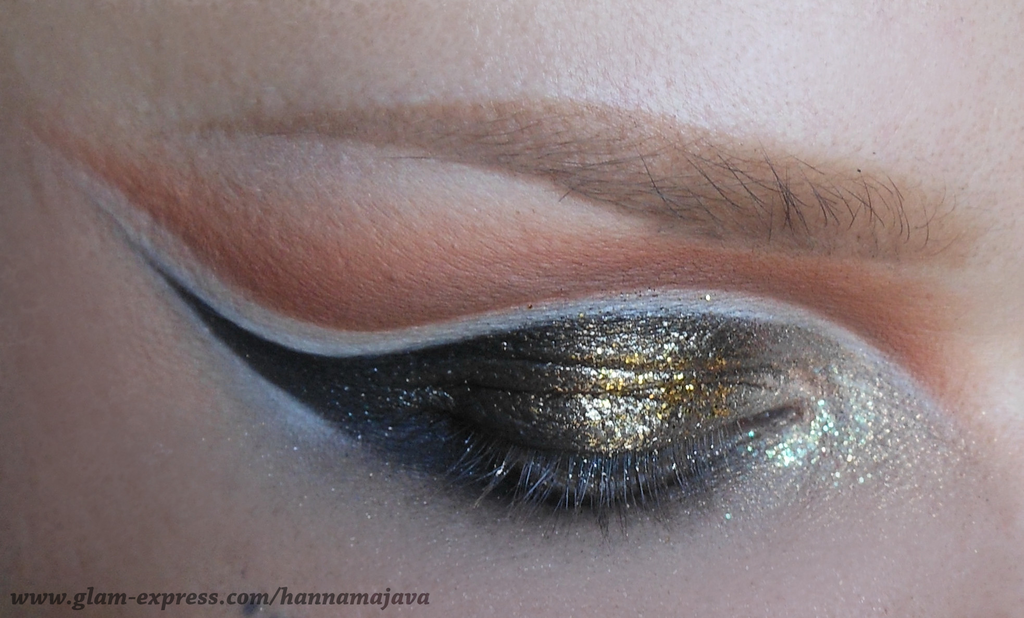 Step 7: Continue the wing on your lower lashline with black eyeshadow, I used MUG Corrupt again. I also added some lighter eyeshadow on the tear-duct and some glitter on top of it. I used MUG New Year's Eve pigment and Make Up Store Orion glitter.

Also, I cleaned up the lines of the black wing with that MUFE flash paint again so the wing is sharp and not smudged. Here you can see the bottom lashes and that eye pen better.

I hope you guys liked this look, thanks for reading <3!

This is perfect I wish that I could get mine to look that fab!!