I wanted to do something a bit more abstract this week so I ended up doing these kind of feathery shapes on my eye.  I love drawing feathers but for some reason I've never gotten them done with makeup quite this good!

I have to apologize for my fuzzy pics in advance, winter in Finland means no daylight to take clear pics!

Here's how the look ended up: 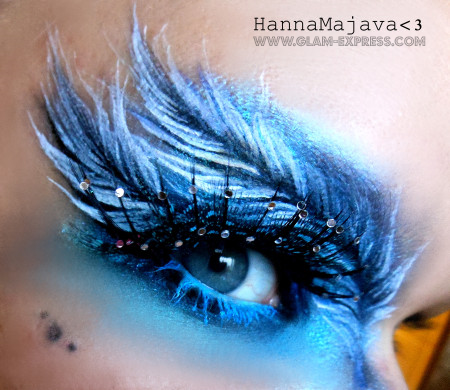 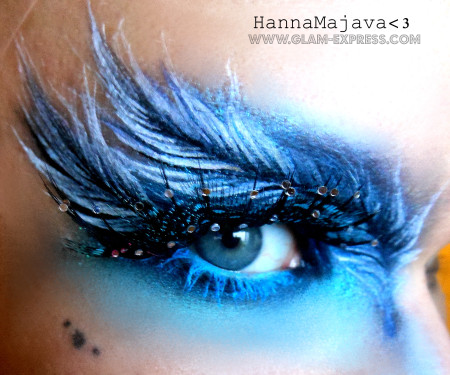 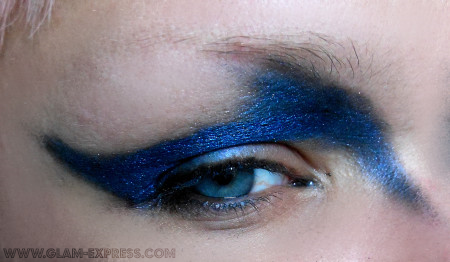 After putting on primer, use a dark shimmery blue to shade a winged shape like in the pic, starting from under your brow. I used Dark Heart Designs Marry the Night. 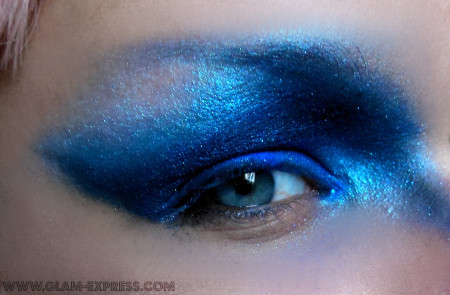 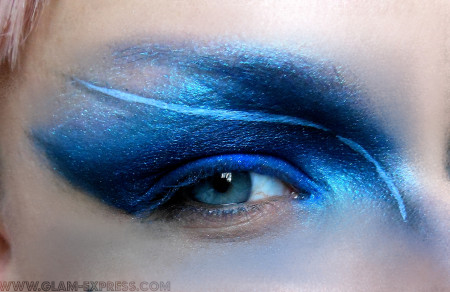 Create a wavy stripe across the lid like in the pic. This will be the center of the first feather. I used Ben Nye’s White Magicake Aqua Color. 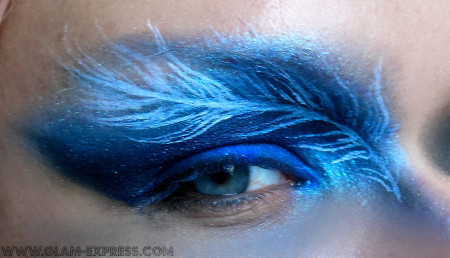 Begin sketching the feathery shape with very light strokes and a thin brush. I tried to create the feathery parts kind of flowy, like how real feathers are. I used the same Ben Nye white for this. 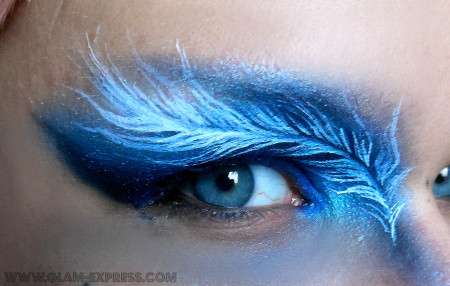 Continue with the light strokes to add more dimension! 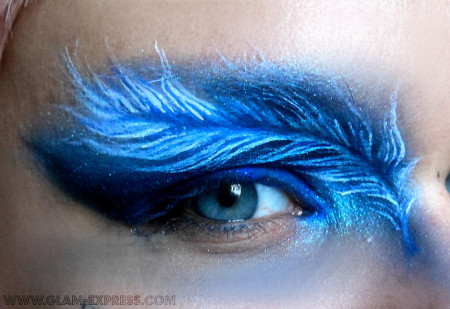 Start shading the feather by adding some grey or black. I added it very close to the center to add some depth. 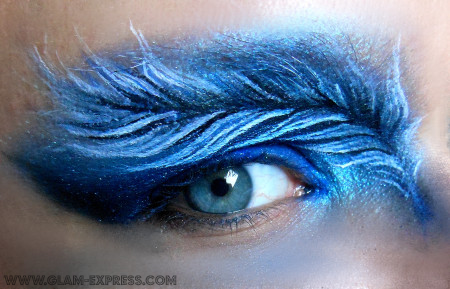 Add some black fine lines on the feather like in the pic. I used Golden Rose Black Liquid Liner. 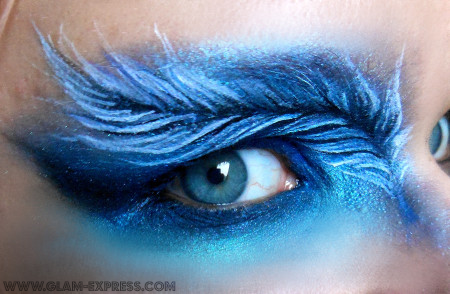 I also added eyeshadow on the lower part of the eye, placing the darkest shade closest to the lashline. I used Sugarpill’s Royal Sugar and Lumi with Dark Heart Designs Marry the Night. 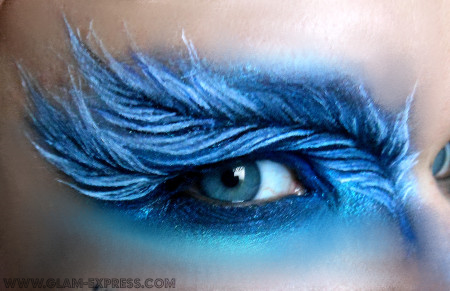 Here, I added another feather. I was originally planning to do just one but I thought two looked better. I did the second one just like the first one! I added some black eyeliner and shaded the feathers with black eyeshadow some more. I used Eyemimo Liquid Liner and Lime Crime Lotus Noir for shading everything. Then just add lashes and some blue to your bottom lashes and the look is complete! I stacked some blue feathery lashes from Kissable Lips Cosmetics with Sugarpill Dewdrop Lashes and used Anastasia Hypercolor Electric Blue Lashtint for the bottom lashes. I also applied Sugarpill Afterparty eyeshadow on my lower lashline.

Hope you guys liked this, I'm keeping my fingers crossed we'll get some more sunny days here soon so I can take some proper pics again, haha! 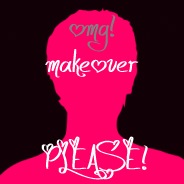 Comment by April Michelle Wilcox on January 7, 2017 at 11:00pm
I can't wait to try this in a yellow, orange, and red pallette for my phoenix costume for this year's Halloween Bash!!! #magicandmythicalcreatures #HalloweenParty2017

Love this look, feathers look absolutely real, they are three dimensional, fluffy and the whole look is so inspiring, I`ll definitely try to recreate this makeup someday. Thank you for the tutorial <3

You have stunning artistic make up skills, I just qualified in bridal make up and looking for some chic bridal make up styles with a twist to help me get a portfolio of ideas together. Just brilliant, this could actually work for a winter wedding shoot?

wow it is superb

you are amazing artist :) loving this