Today I have a really quick and easy look for you, I used blue and shimmery white but you can pretty much do it in any color you want to. 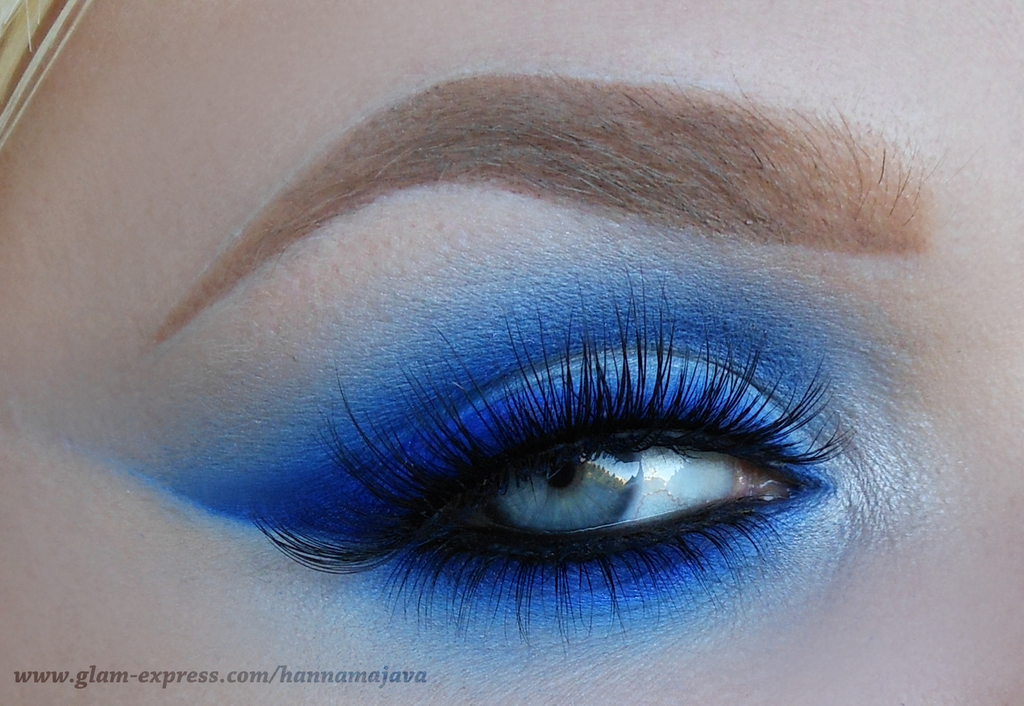 Step 1: Start with a primer and some blue gel/cream product. I used Urban Decay Primer Potion in Eden and Makeup Geek gel liner in Electric. I applied the gel liner over the primer like in the pic to get some depth in the crease and so it would be easier to do a smudged liner. Step 2: start adding eyeshadow over and above the crease, I used MUG eyeshadows Vanilla Bean on the brow bone, Peach Smoothie as a transition color and Neptune around the crease. 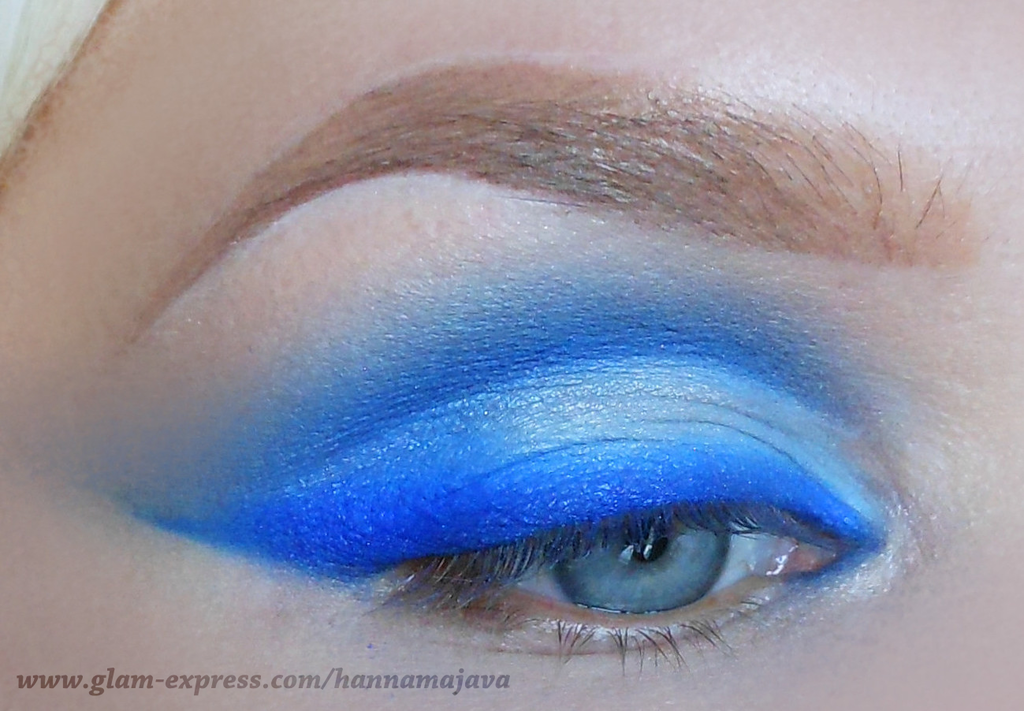 Step 3: add a light / white shimmery shade on the lid and blend some blue on top of the gel liner near lashline. You can use two shades of blue for the smudged liner like I did; first blend a lighter blue shade a little bit above the liner and then add a darker blue closer to the lashline, then blend those two together. I used Make up Store Paint Microshadow for the lighter blue, MUG Neptune again for the darker blue and MUG Shimma Shimma on the lid. Step 4: blend two tones of blue on your lower lashline placing the darker one closer to the lashline and the lighter one under it to soften the look, then add some navy blue liner or a black liner (or both) to the lashline for a smokey effect. I used Make up Store blue pigment eye pen and then blended a bit of MUG Corrupt eyeshadow in with it. 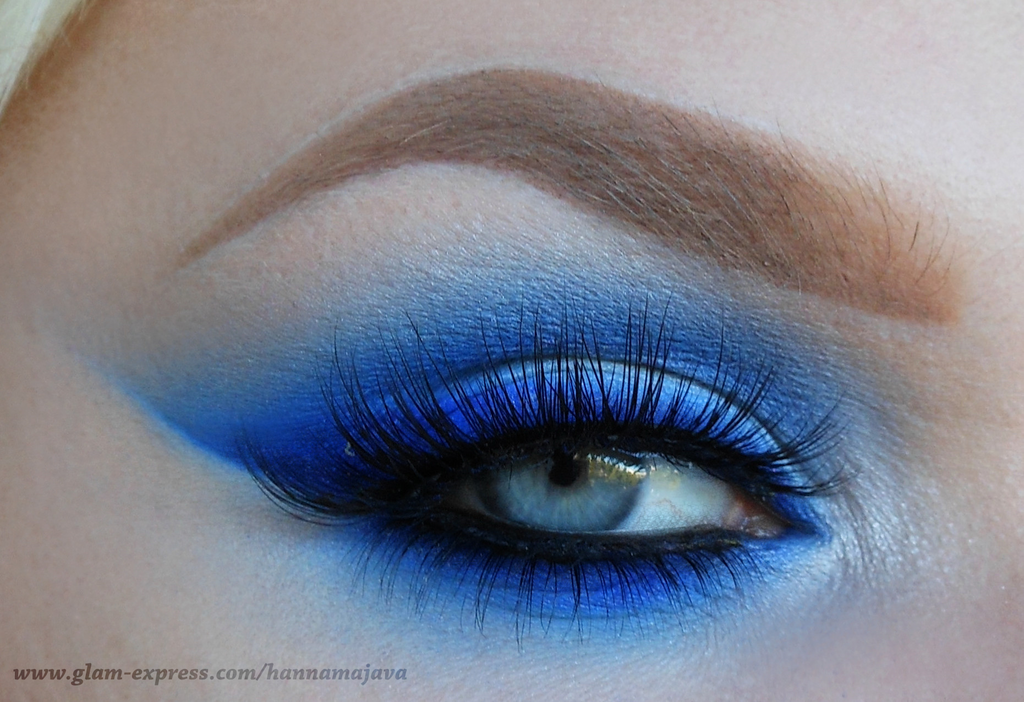 Step 5: then just add some black to your waterline, some mascara and false lashes if you want to and you're all done! I used Anastasia Beverly Hills Covet waterproof liner in Noir and lashes from Velour Lashes.

I hope you guys liked this tutorial, thanks for reading!

Flight Booking is now a member of Glam Express
Mar 2
Welcome Them!