Hope you've all had awesome holidays!

I haven't done an eye-look in ages and I just got this awesome liquid liner from Eyemimo Cosmetics that is so precise I just had to do something with clear black lines and quite a lot of small details. The first thing that popped into my mind was to do something pop art themed! I actually planned to draw the iconic Andy Warhol Marilyn but when that ended up a bit less iconic on my eye I went for Roy Lichtenstein’s work instead. 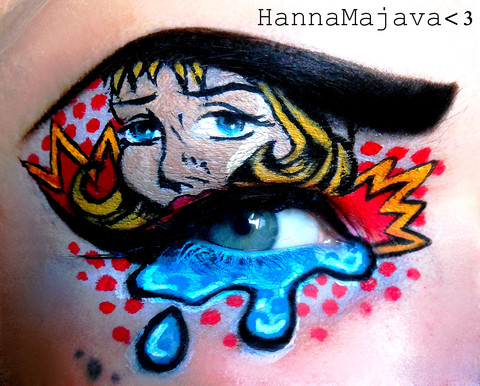 I have naturally added a lot of contrast in this pic but I was really excited about trying to get it to look like my whole eye was a drawing. 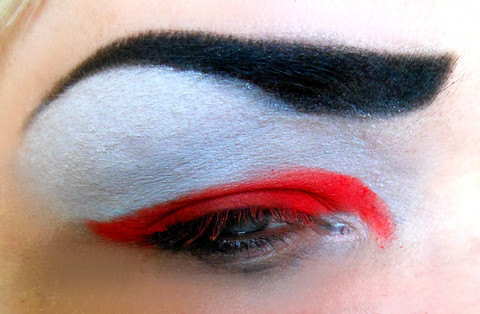 First, start with a primer and black, white and red eyeshadows. I sketched my brow to kind of frame the look but it doesn't have to be so defined, yet. I used Sugarpill Tako, Lime Crime Lotus Noir and Lunatick Labs Chronically Red. 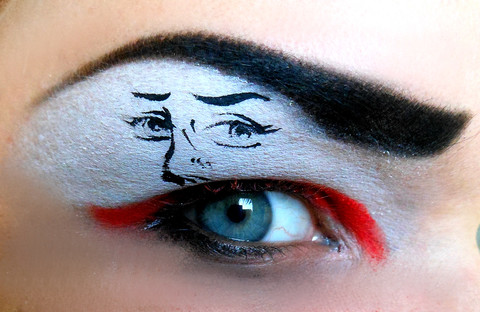 (please ignore the black smudges on my lower lid, those are the remains of that Marilyn that didn't go so well!)

I started with the eyes so I could see how much of the face I could fit on my lid. This is still kind of sketching so you don't have to be so thorough but getting the proportions right will help you later! I used my new fave, Eyemimo black eyeliner for this. It's awesome because you can do such small detail and it doesn't smudge even if you blink right when you're drawing the line! Needless to say, I love it! 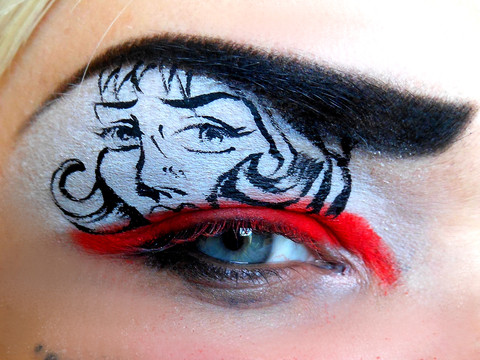 Here I did the rest of the outlines for the girl. Used that same eyeliner again! 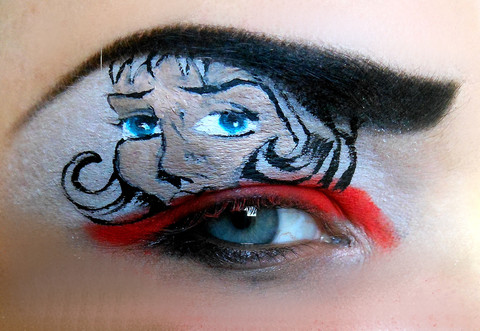 After doing the outlines, I filled in all the areas inside them. You could of course do this first and then the outlines but I wasn't so confident about getting it right that way. I used Ben Nye Magicake Aqua Paints for this. It doesn't matter if you go over the black lines 'cause you'll be doing some defining later! 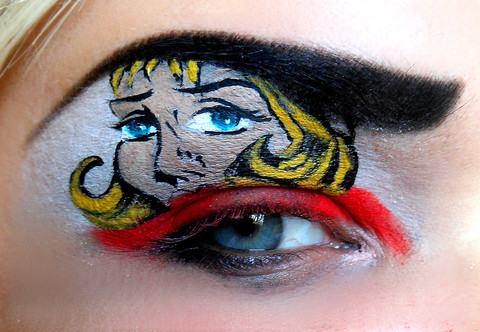 I filled in the hair too with Kissable Lips Yellow Chroma Colour, then started doing the outlines again to keep them sharp. I also added some shine on the face with white Ben Nye Magicake paint and checked all the lines were black again. 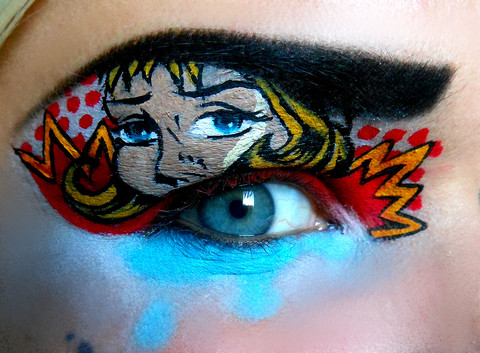 I noticed there was a lot of empty space around the actual design so I added some pop art-ish red dots and those "wham! Pow!" things (what are they called?) I used Sugarpill Love+ with Illamasqua Sealing Gel and Kissable Lips Yellow Chroma Colour. Then, lined it all with Eyemimo Black Eyeliner again. I also decided to do that teardrop thing you see often in pop art under my eye, so I put some Lime Crime Parasol eyeshadow in the shape of the teardrop. 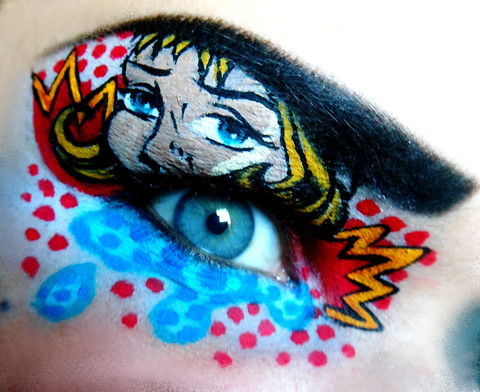 Then,  I added some more outlines and dots. For the blue, I used Sugarpill Afterparty and for the red, Sugarpill Love+, both used with Illamasqua Sealing Gel. 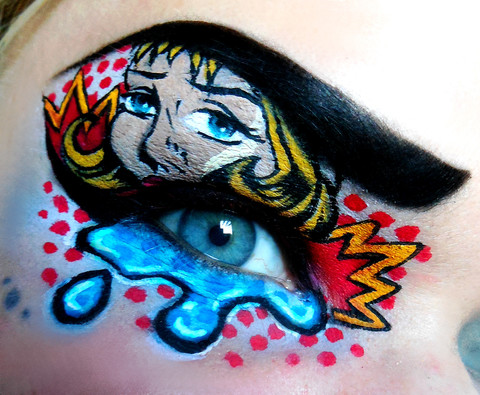 Then just add lashes, blue on the waterline and lower lashes and you're done! I used Sugarpill's Afterparty, Anastasia Hypercolor Lashtint in electric blue and Eyemimo #NTR34 lashes.

Hope you guys liked this!

Have an awesome new year everyone <3!

Wow so  neat and creative!