I did a leopard eye-art thing for this week's post that I pretty much improvised so the tutorial might be a bit difficult to follow if someone actually wants to duplicate it :). 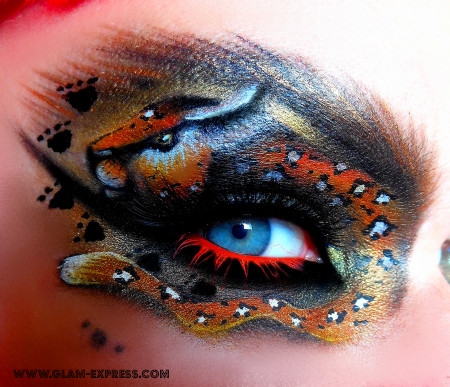 That thing there was supposed to be a tail, not a paw, but never mind that haha :D 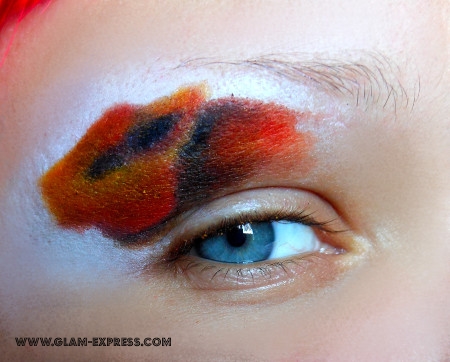 At first I kind of sketched the leopard’s head where I wanted it, I really like this Lunatic Labs Prime Time Primer 'cause it allows me to place primer where I need it at the moment and then add it to other places later :). I used Sugarpill Flamepoint & Buttercupcake along with Masquerade Cosmetics Black Cake Eyeliner, used dry, with this sketching part :). I then started to define the leopard’s head more with Masquerade Cosmetics Color Creams in black & white putting white where light and black where I wanted shadow.  I think the leopard looks more like a bear here but this is just the sketching part haha :D 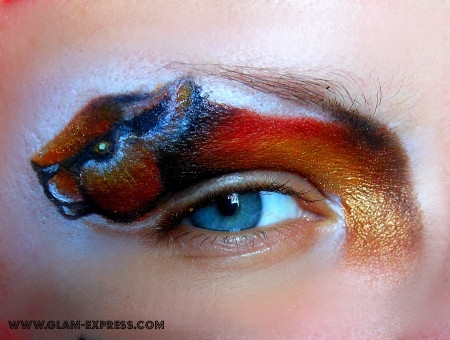 After I sketched the leopard’s head I did the detailing with white Ben Nye Aqua Paint and then continued  doing the leopard’s body further with Sugarpill’s Buttercupcake, Flamepoint & Masquerade Cosmetics Shimmer Powder 67. 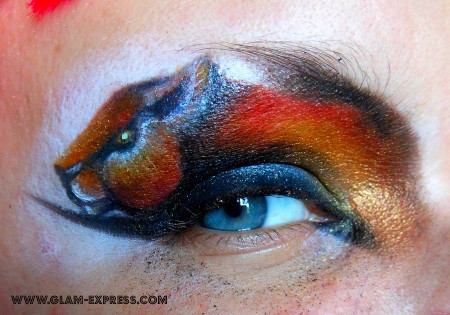 At this point I filled my lid with Masquerade Cosmetics Black Cake Liner (used dry 'cause I was kind of sketching the whole shape) & their shimmer powders 05 & 16. I also started to get the shape I wanted under the brow :). 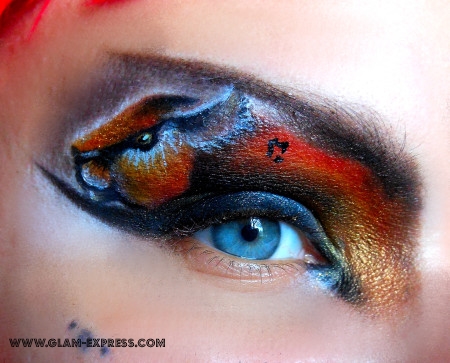 After getting a bit of shape for my brows & eyeliner I started filling the leopard with spots :). I used Golden Rose Black Liquid Liner for that :). 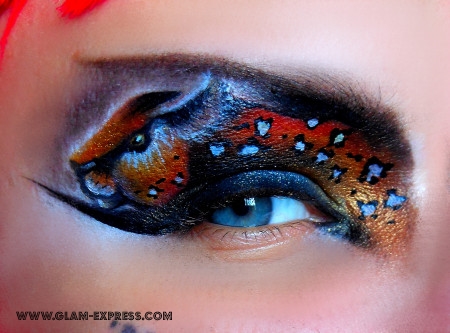 I did the spots with the liquid liner & Ben Nye white Aqua Paint :) After adding some golden eyeshadow (from Masquerade Cosmetics Fashion Eyeshadow Palette) to fill the areas between the brow & the leopard I started to sketch the tail :). Now that I think about it, I should have left the tail out 'cause it ended up looking like a weird paw though haha :D ...then i just filled the tail with the same shades as on the rest of the leopard and did the spots just the same way as before :). I wanted to add kind of bushy brows (with Masquerade Cosmetics Shimmer Powder 67, eyeliner activator & black cake eyeliner) and the paw prints with Golden Rose liquid liner :). I also added some Masquerade Cosmetics glitter 01 on my lid, but I don't think it shows that much :D 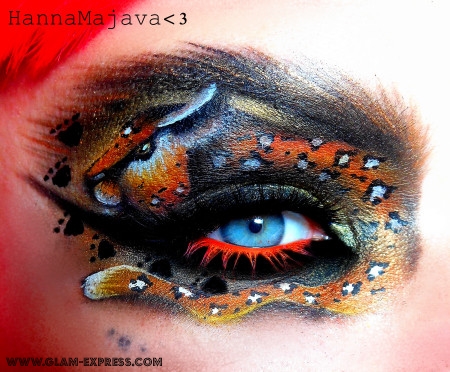 Hope you guys liked this, I think I might revisit the theme some day 'cause I think I should have done a few things differently :).

whatever you create is beyond belief- simply amazing hanna <3