Lately I've been really into those types of eye looks that have a kind of a glowing lighter or brighter color on the center of the lid. I have no idea what it's called but, you know the kind of looks I mean!
I've been wearing mostly different variations of the same look for awhile now and I naturally had to do a tutorial of a look like that, too.

This is what my look ended up looking like: 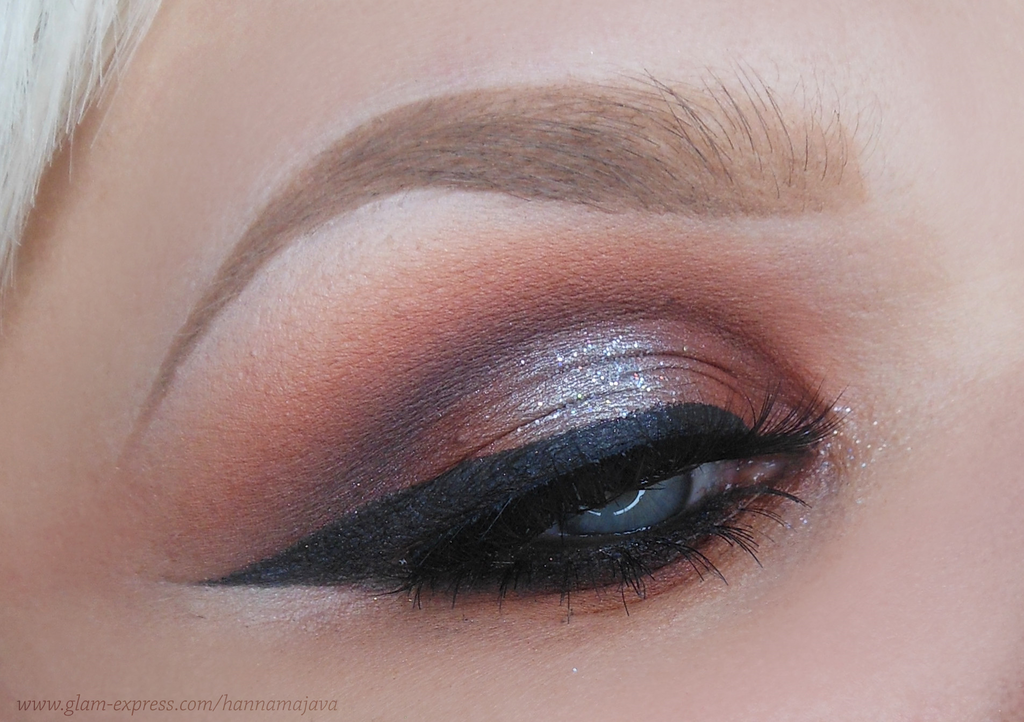 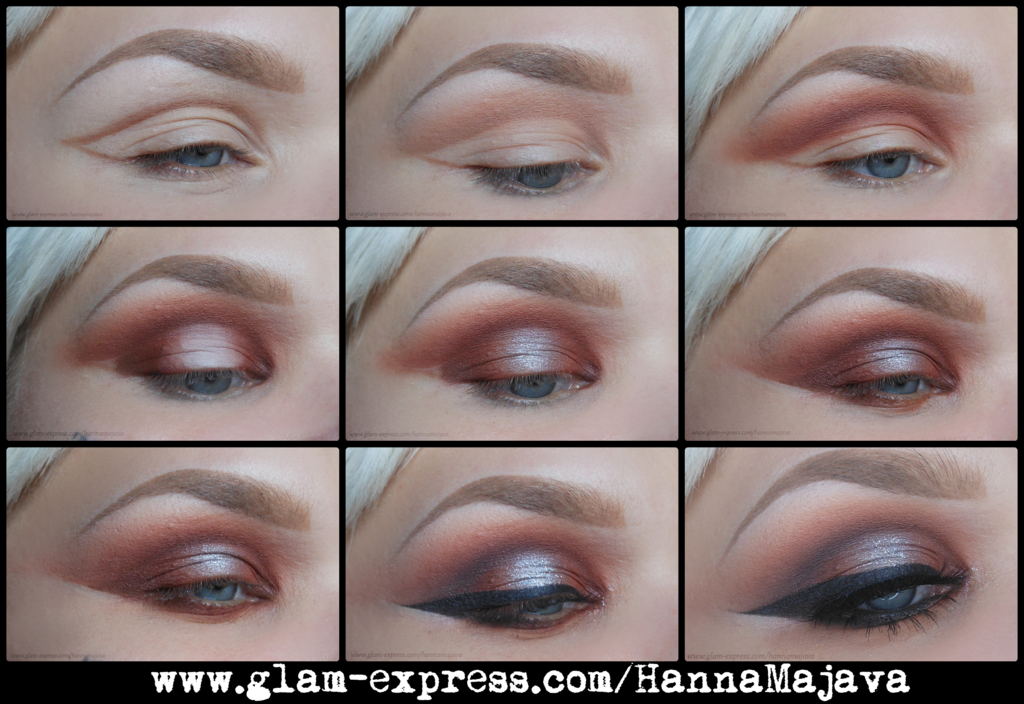 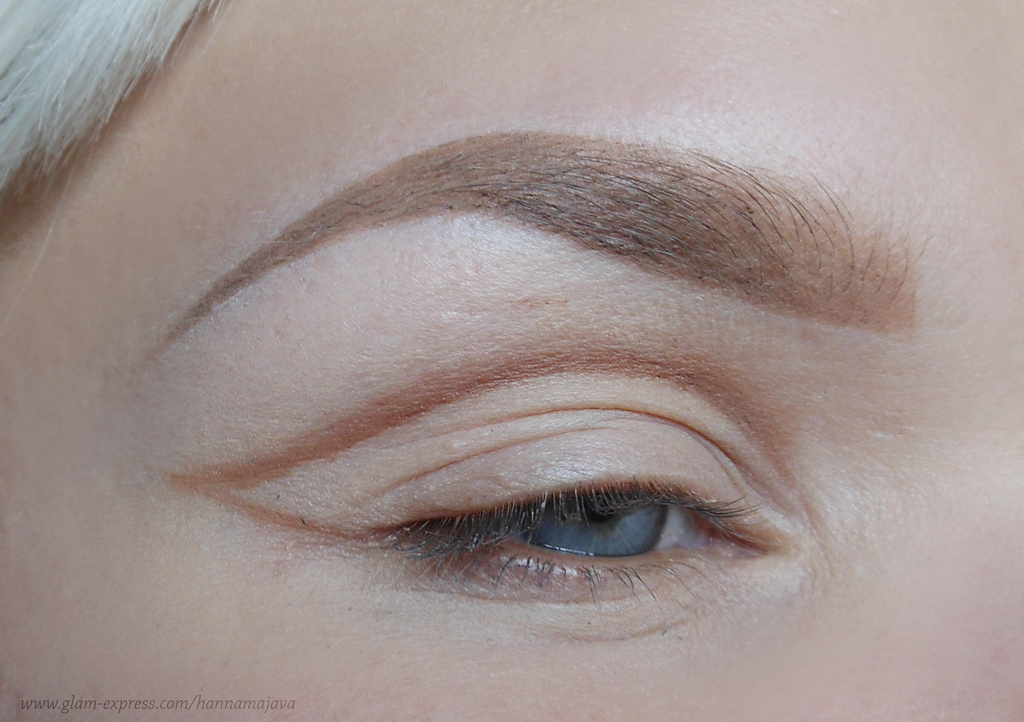 Step 1: start with a primer and then outline your crease like in the pic with MUFE brown flash color or a brown eye pen (or anything else you like to use) I used UD Primer Potion in Eden as a primer. 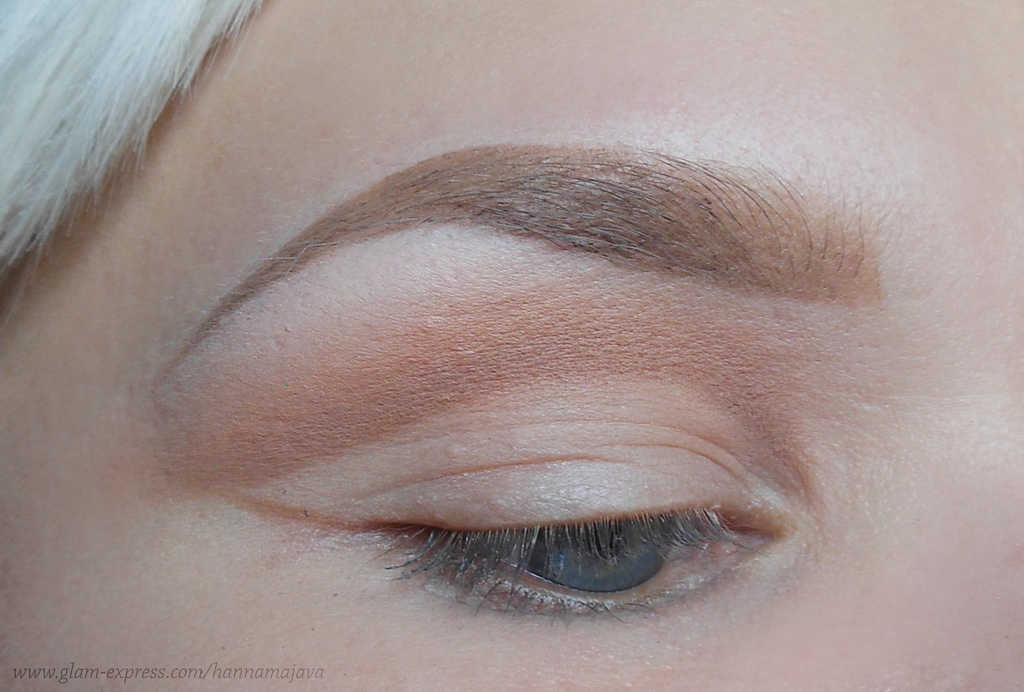 Step 2: start adding a light beige eyeshadow from the crease up over the brown you added before, I used Makeup Geek Peach Smoothie. I also added a bit of Makeup Geek Vanilla Bean on my brow-bone. 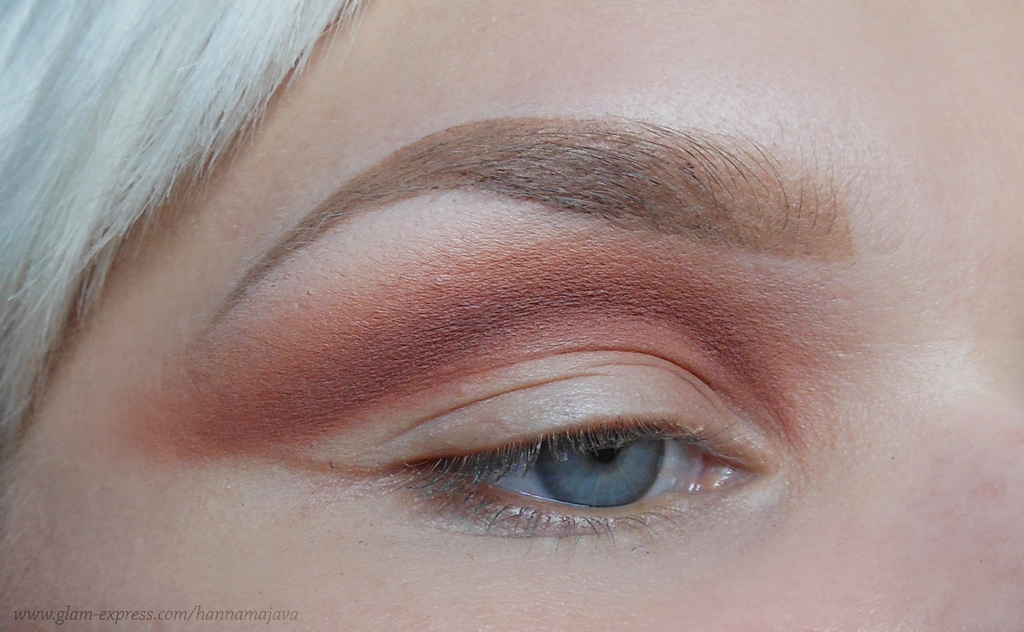 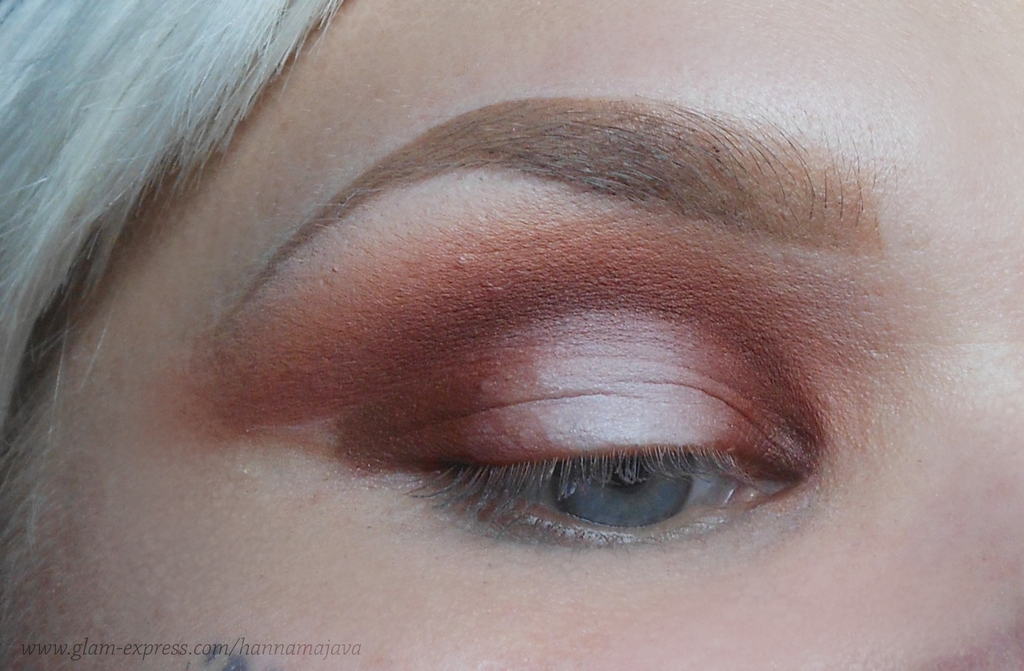 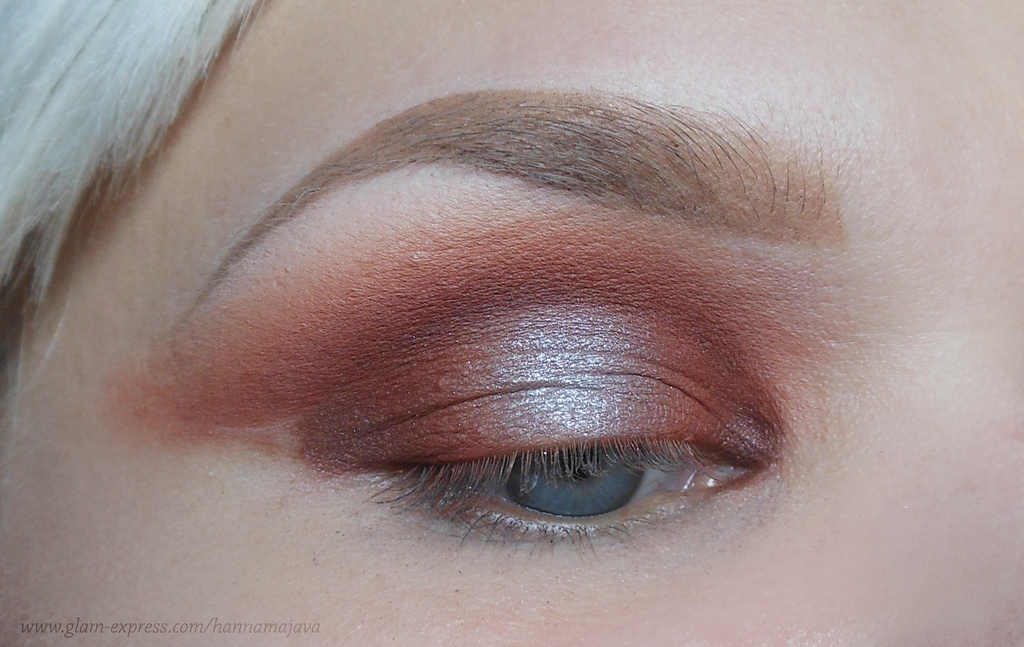 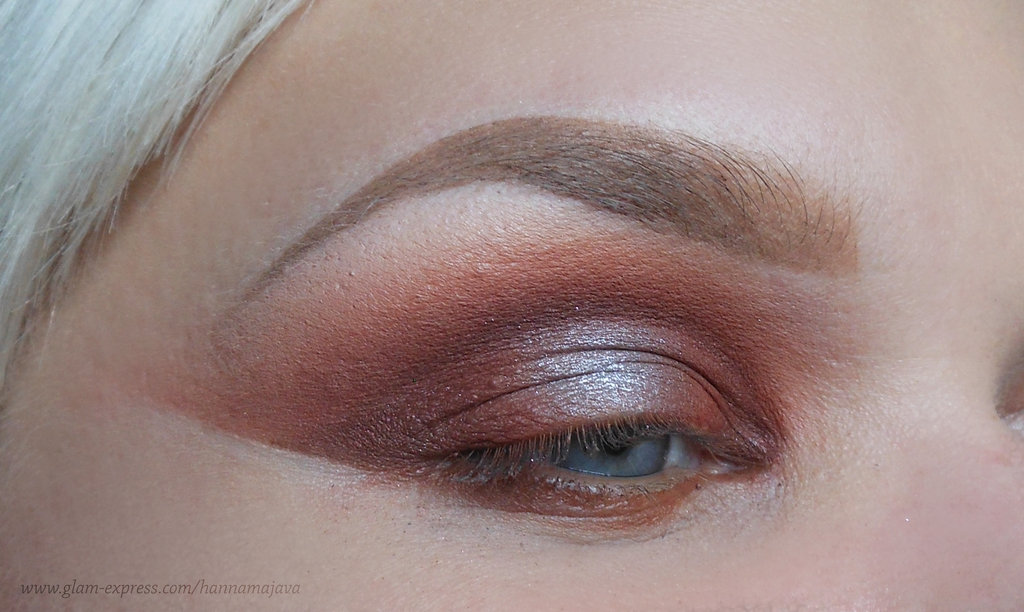 Step 6: fill the outer corner wing with brown eyeshadow and add some brown eye pen / MUFE Flash Color on your lower lashline. I also cleaned up the wing on the outer corner of my eye with a concealer from Elf, so I would have a straight line there. 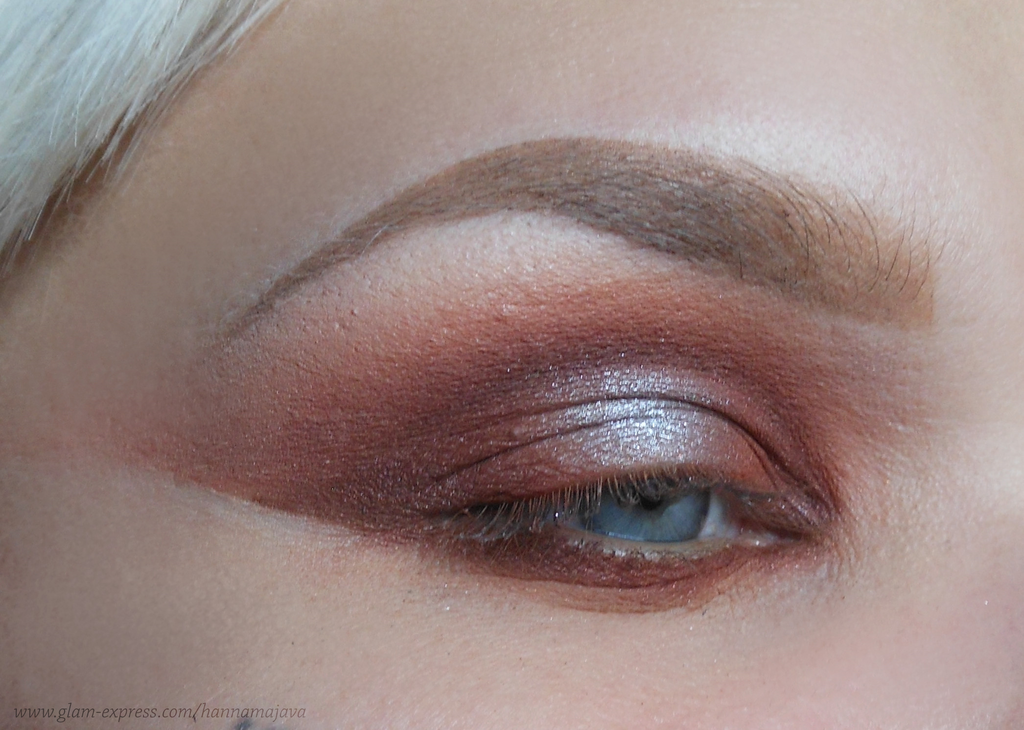 Step 7: apply the same brown eyeshadows you used on the crease now on your lower lashline over the brown pen / flash color placing the darkest shade closest to the lashes. 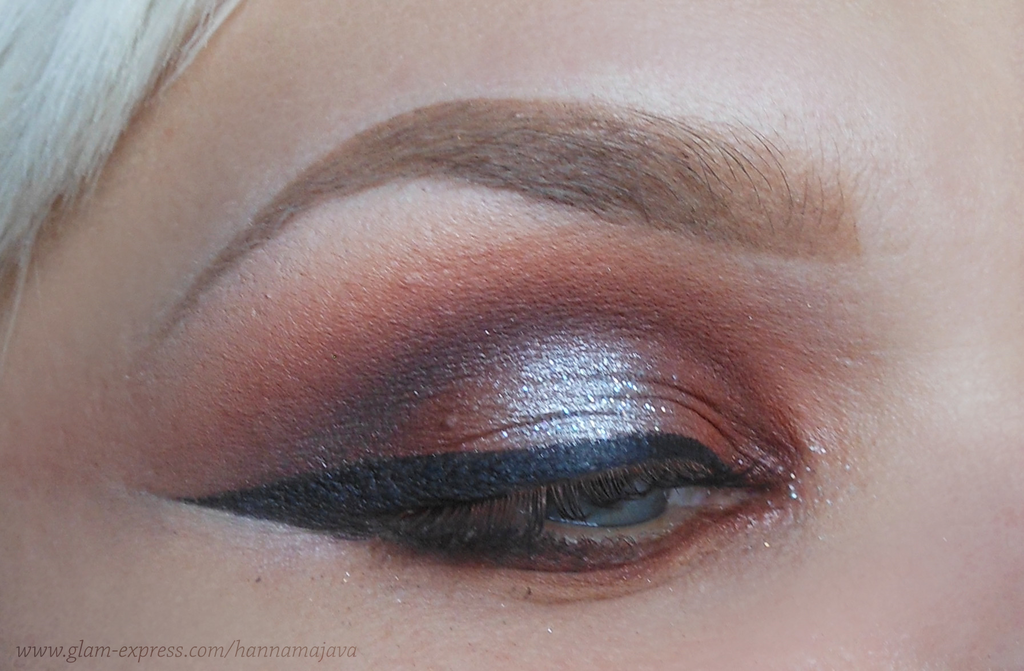 Step 8: apply a  silvery glitter on the center of the lid, if you want to add some sparkle. Then, line your eyes as you'd like. I used Masquerade Cosmetics Glitter 33 and Illamasqua Precision Gel Liner. Step 9: Then just add black liner on your waterline and apply mascara / fake lashes and you're done! I used Anastasia Covet Waterproof Liner in Noir and Velour Lashes "Girl You Crazy" upper lashes with House of Lashes Precious for the bottom lashes. 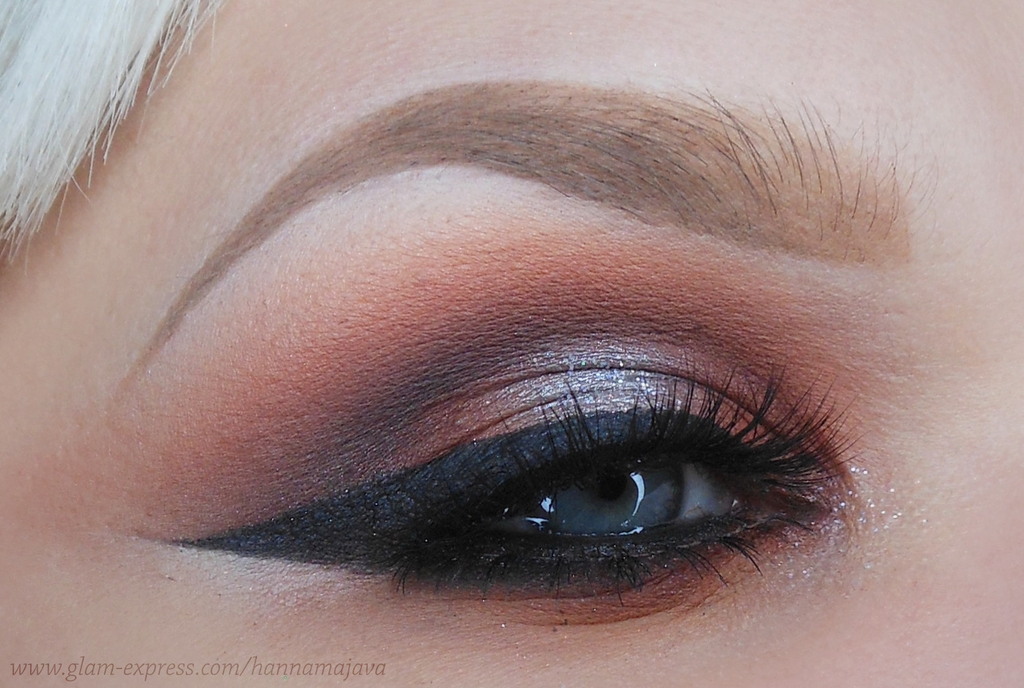 I hope you guys liked this tutorial and thanks for reading <3!!!